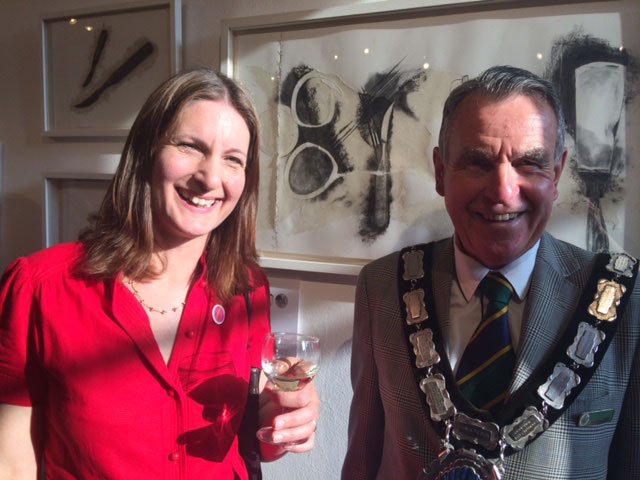 Townscape displays work by East Grinstead’s contemporary artist group ‘Example’ who have ‘reframed local history’ by creating unique responses, in their artistic medium of choice, to items from the Museum’s collection.

Cllr Mainstone introduced his fellow councillors in attendance at the opening – Cllrs Norman Mockford, Julie Mockford, Christine Mainstone, Dick Sweatman, Peter Wyan, Norman Webster and Adam Peacock. He spoke of the strong relationship between the Town Council and the Museum and outlined how he will be working with the Museum Friends on the Museum’s ‘Rebuilding Bodies and Souls’ Project before declaring the exhibition open.

Cllr Mainstone then handed over to Example artist Hannah Buckley who spoke more about about the exhibition and thanked all involved.

All eight artists Susan Dodds, Sheri Gee, Annie Burrows, Harriet Brigdale, Hannah Buckely, Jackie Watkins, Andy Webb and Renate Wilbraham were in attendance and we were delighted to see the first sale of work of Sheri Gee’s ‘The Ways of our Elders’.

Townscape 2016 runs until 4 September and, its sister exhibition at the library which displays work by the students of Sackville and Imberhorne schools opens on 3 June. 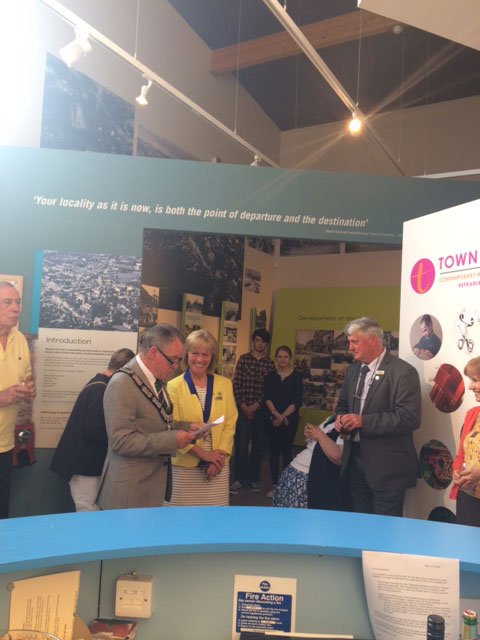 Your ticket for: Townscape 2016 is officially opened by Town Mayor Cllr Bob Mainstone