The area and the road, King Street, that you see on the photograph was first developed in 1934 by William Christopher of the ‘Letheby & Christopher’ catering firm.

The Art Deco style building, at the centre of the photograph, housed a cinema which could accommodate 1200 persons! It was named the ‘Radio Centre’ and had been designed by F. Edward Jones. The cinema opened on the 11th of April 1936 and the first film to be shown was a British comedy – ‘Dishonour Bright’ – directed by and starring Tom Walls. The ‘Radio Centre’ became the ‘Classic’ which eventually closed in 1989 and was subsequently demolished. The foundation stone of the ‘Radio Centre’ is now on display at the museum.

On the left-hand side of the photograph is Boots, the chemist, and on the right-hand side Caffyns’ motor garage (with the flag). 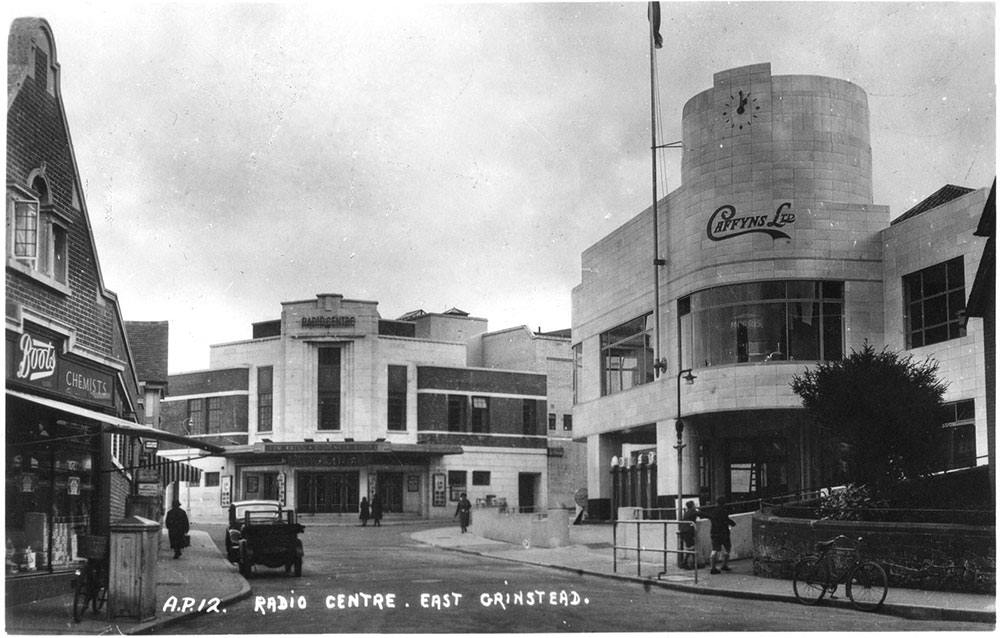 Your ticket for: The ‘Radio Centre’