Archibald McIndoe, the pioneering Plastic Surgeon of the Second World War ran a tight ship at the Queen Victoria Hospital in East Grinstead. As well as having a brilliant surgical team, he was fortunate to have Matron Hall, who very efficiently oversaw the hospital’s nursing staff.

Caroline Hester Hall came from Ireland, trained for nursing in Derbyshire, qualified on 10.3.1926 and was a staff member of the Westminster Hospital for ten years. She first came to East Grinstead when the old Cottage Hospital was in Queen’s Road, near the Post Office. She commenced a yearly visit, as relief for the existing Matron to go on holidays, in 1927.  The Cottage Hospital was replaced with the new Queen Victoria Hospital on 8.1.1936 and when the existing Matron retired in March 1937 Miss Hall was appointed to her place.

Matron’s family history is a remarkable one.  Born in Arklow, County Wicklow, she came from a family of eleven. Nine of them were girls and every one of them took up nursing as a profession. Three of Miss Hall’s sisters worked on the staff of the Queen Victoria Hospital at different times. 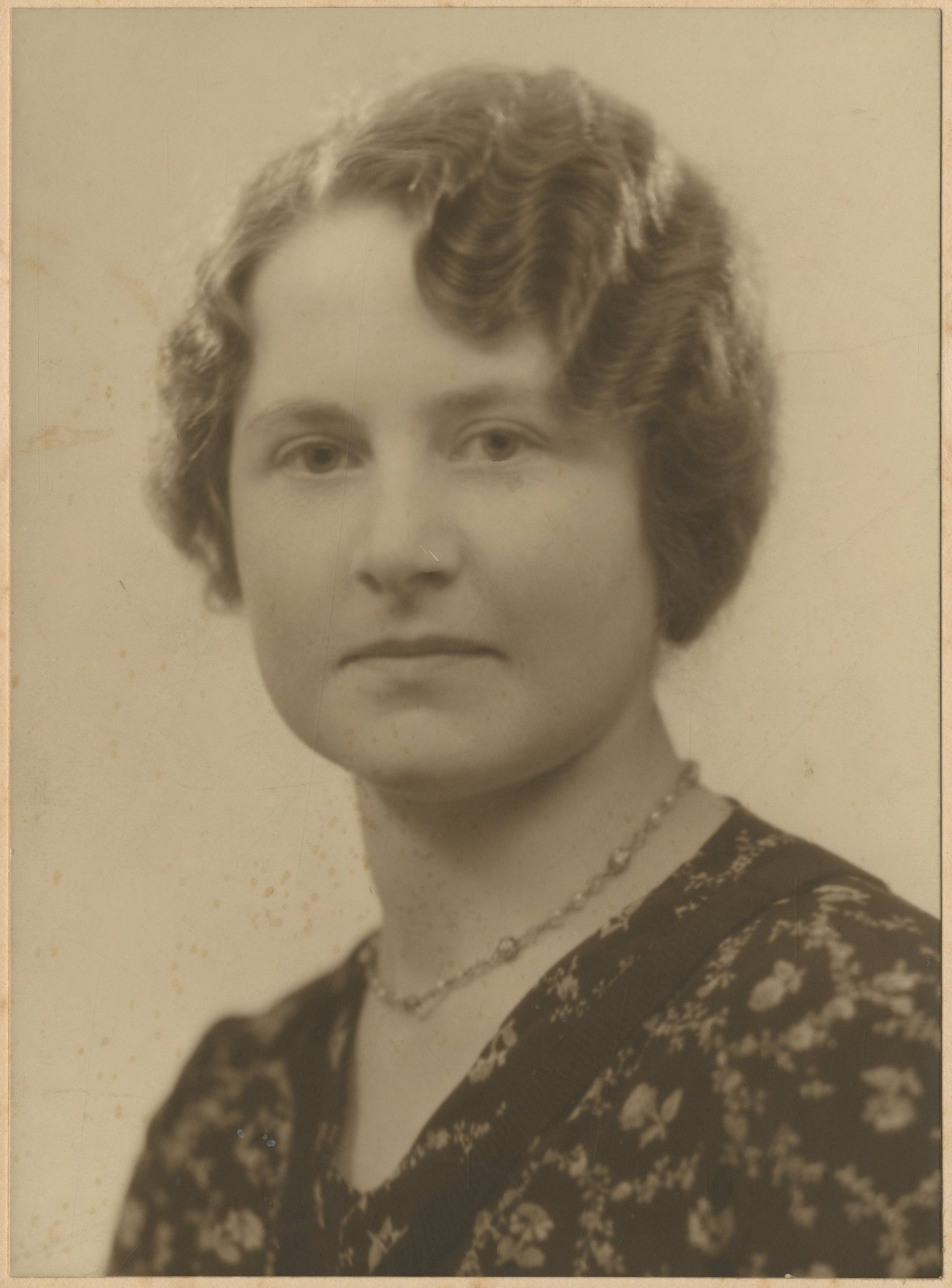 Miss Hall saw some far-reaching changes at the Queen Victoria Hospital. When she took over there were 37 beds and about a dozen staff: when she retired in August 1951, there were 250 beds and a nursing staff of around 95 staff plus other members.  Over this period, the hospital became renowned for its work in the field of plastic surgery and was famous all over the world.

She worked alongside McIndoe to ensure the patients experience was as good as possible. The patients were very fond of her and the Guinea Pigs had great affection for her particularly as she “has a talent for turning a blind eye”. Trophy hunting for mementoes of East Grinstead was a craze with the boys in Ward Three. Matron Hall doing her morning rounds after a typical Guinea Pig sortie into town, would be horrified to find the front garden of the cottage hospital bristling with “road-up” signs, the tops of Belisha Beacons, direction indicators and the other bric-a-brac looted during the night-out.

Treating all her patients with respect and as one of the fliers Richard Hillary remembers, there was no difference in their care of the privileged Battle of Britain pilots and the less well turned out Bomber Command crew.  Her co-operation and management of the nursing staff enabled the Guinea Pig Club to grow and flourish. Not many matrons would have permitted her hospital to become a hotel where her night sisters acted like night porters to let in the revellers and set up nightcaps and sandwiches as though her wards were a clubhouse with a twenty-four hour licence.

Matron Hall also bore the brunt of McIndoe’s erratic and autocratic behaviour.   Margaret Chadd, the almoner, describes Caroline Hall as a ‘warm, loveable and approachable Irish lady of middle age, who tried to keep a firm hand on the “lads”. Under her direct authority were the nursing sisters: her own sister, Cherry Hall, Mary Meally and Sister Harrington.

The Queen Victoria Hospital Management Board made special tribute to Matron Hall in their Annual Report in 1941 – “whose duties and responsibilities are so heavy and whose urbanity and unruffled kindness are a source of deep appreciation to all who come in contact with her”. 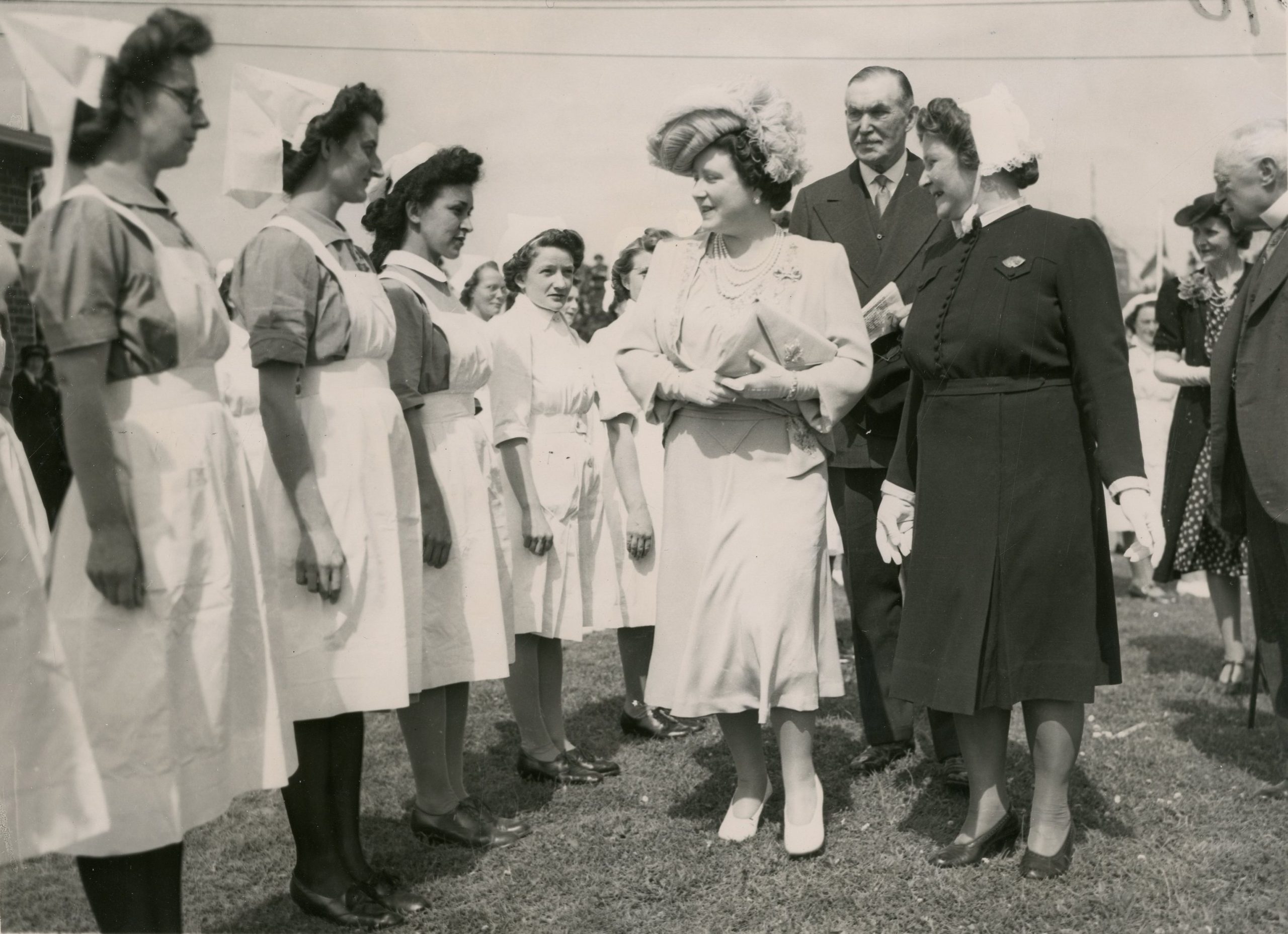 The Queen visited the Queen Victoria Hospital on July 25th 1946 and opened the new American Wing.  Matron Hall accompanied the Queen when she inspected the nurses prior to the opening of the new surgical centre. .  Other famous visitors included the Duke of Kent who took a deep interest in its work and its patients and visited three times.

The Hospital was nationalised in 1948 and at the final A.G.M. of the old hospital board in June 22nd Lord Kindersley paid a personal tribute to the Matron, Miss Caroline Hall – “I have never seen her without a smile on her face and I think it is that happy nature which has carried her through so many difficulties”.  Despite the demands of her job, she managed to retain her charm and sweetness and she was the beloved friend of hundreds and thousands of people who met and knew her.

When she was awarded her OBE in 1950, she was asked about her most outstanding memories at East Grinstead.  She said, “We had no idea in those early years that we should see so many changes and that the hospital was destined to play such a great part.”  The Chairman of the House Committee in June 1950 congratulated her on her OBE, remarking, “No honour could be more richly deserved and it was one which would give the greatest pleasure to many in all parts of the world”.

Loved by staff and patients alike, on her retirement The Maestro, Sir Archibald McIndoe, said of her: “She was the best matron he had ever served under.  She has walked and talked with the Queen of England, with Princes and Dukes. Service men all over the world remember her with great affection”. He spoke of her qualities of friendlessness, kindliness and humanity, which, he said, were of supreme importance to anyone who had to rule the destiny of such a “mixed bag”, as all those who went to make a hospital.

Her retirement was marked with a garden party of around 200 guests at the hospital she was given many generous gifts from her friends in the hospital and the townsfolk of East Grinstead. Many tributes were paid to her, mentioning her ability to take things in her stride, deal with ever increasing responsibility and throughout all remain unflurried, an inspiration to them all. “They had always claimed that they had a happy hospital and it was largely due to a happy matron that they had gained this reputation.” 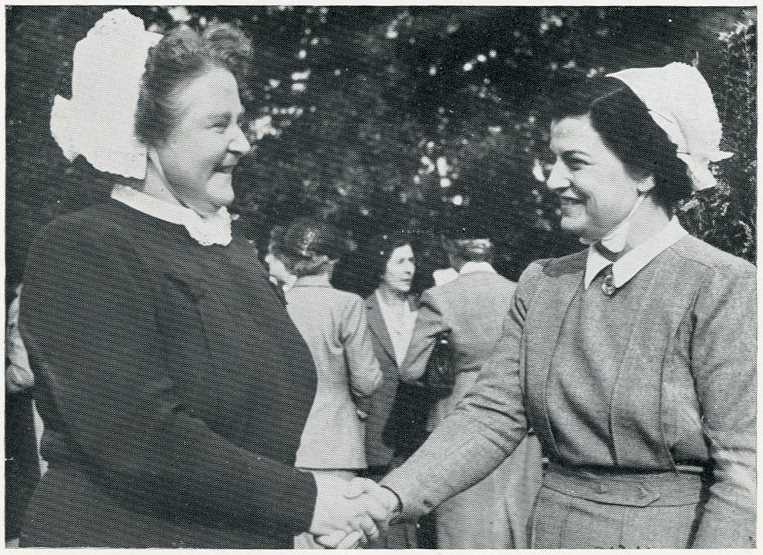 After her retirement, she returned to Eire to nurse her brother. She returned to East Grinstead several times to attend annual Guinea Pig Club reunion dinners. 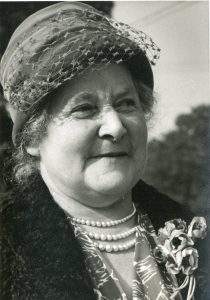