On Friday 20th May East Grinstead Museum received a visit from members of the Guinea Pig Club, their supporters and friends on the occasion of the Club’s last ever Annual General Meeting. This year marks the 75th anniversary of the formation of the world famous Club whose members were the badly burnt airmen of the Second World War treated at the town’s Queen Victoria Hospital by pioneering plastic surgeon Sir Archibald McIndoe and his team which included, amongst others, anaesthetist John Hunter, theatre nurse Jill Mullins and Canadian surgeon Ross Tilley. 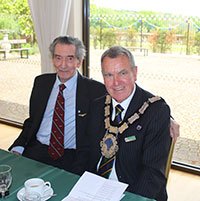 The Guinea Pig Club was initially set up as a drinking club in 1941 with 39 founding members; by the end of the War it numbered 649 from across the Allied Forces and had become a vital support network for both its members and their families. Bar a small number of honorary members, patients had to have been treated at the Queen Victoria Hospital and had to have received at least two operations there for burns or other crash related injuries under McIndoe and his team.

This year’s AGM began at East Court where the Town Council hosted a reception and lunch and an exhibition was presented by Bob Marchant Secretary of the Guinea Pig Club and Museum Trustee. There were speeches by Town Mayor Cllr Bob Mainstone and Chairman of the Guinea Pig Club Sam Gallop C.B.E., before a sing-a-long which saw the Guinea Pigs’ own anthem sung. After this members of the Club were taken on a tour around town to view the High Street flower beds, which had been planted in their honour, and the McIndoe statue outside Sackville College before visiting the Museum where they were presented with the Museum’s plans for a permanent exhibition to the Club.

East Grinstead Museum is proud and honoured to have been a part of the last ever Annual General Meeting of the Guinea Pig Club in its 75th anniversary year. 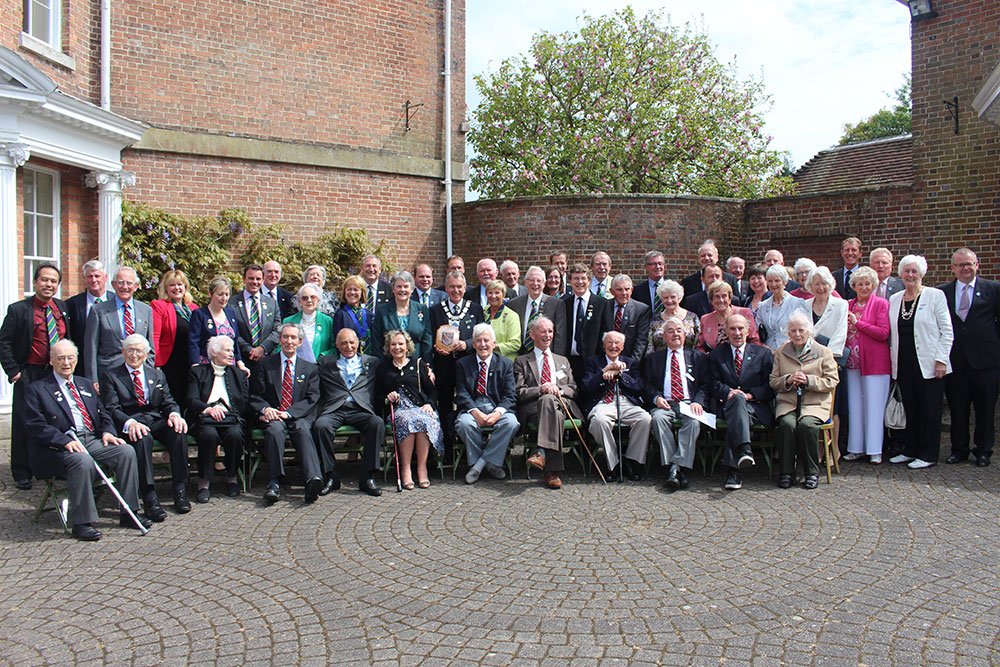 Members of the Guinea Pig Club and supporters outside East Court

Your ticket for the: We are honoured to receive members of the Guinea Pig Club following the Club’s last AGM