Albert Ross Tilley was born in Bowmanville, Ontario on 24th November 1904 and graduated from Medical School at the University of Toronto in 1929. He opened a private medical practice in Toronto and was one of the first physicians to train in plastic surgery. Prior to the second world Dr Ross Tilley had been a member of the Canadian Army Medical Corps, but on the outbreak of the Second World War transferred to the Royal Canadian Air Force Medical Branch. He became its principal medical officer in 1941. The following year, he began work at East Grinstead alongside Archibald McIndoe. 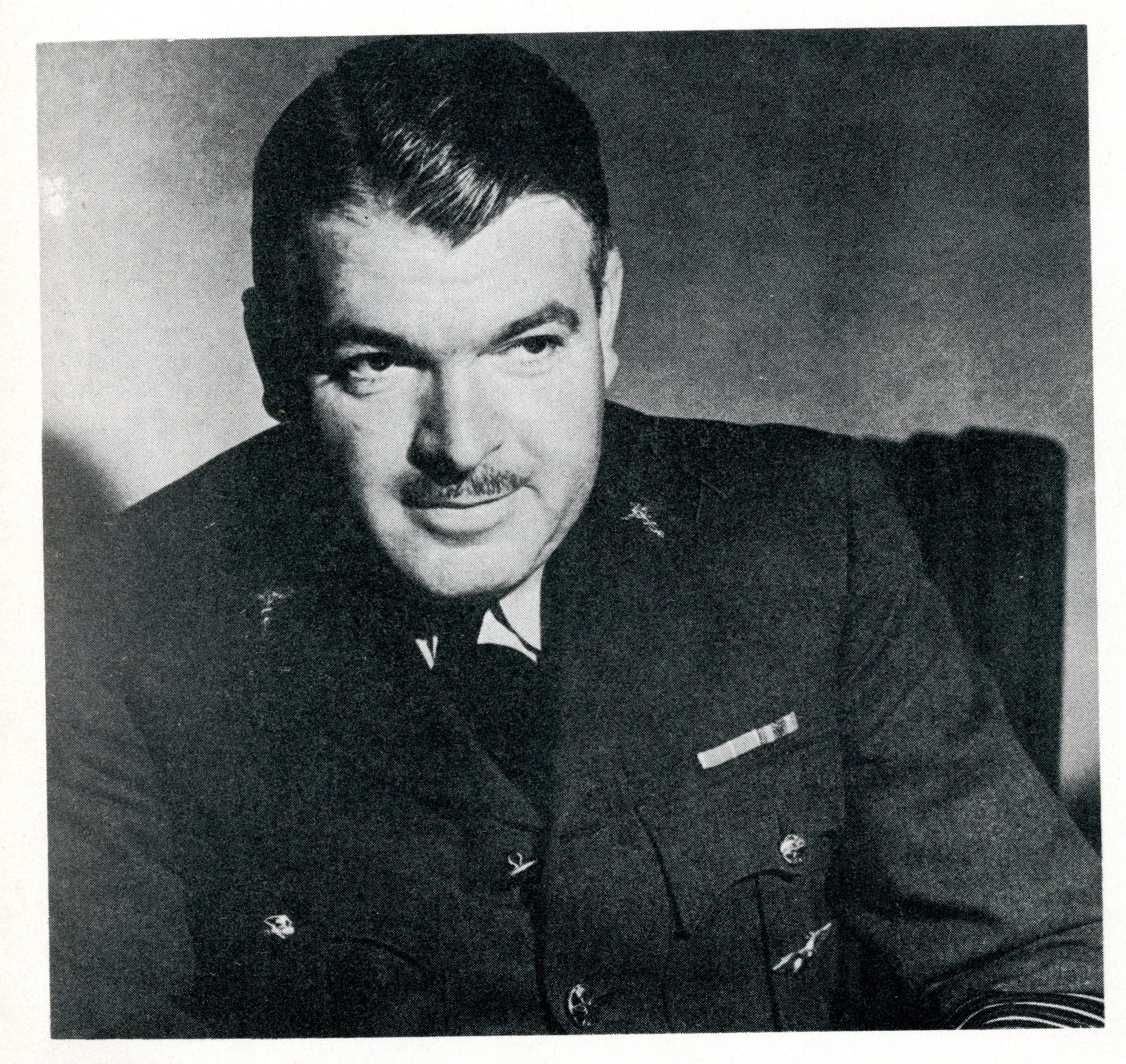 Although Tilley had been involved with plastic surgery in Canada, he perfected his surgical techniques by shadowing McIndoe. The two men quickly developed a strong working relationship. and Tilley became an integral part of the burns and plastic surgery unit.

He persuaded the Canadian government to finance the building of a Wing at the Q.V.H. for the many Royal Canadian Air Force injured fliers. He oversaw the building and later running of the Q.V.H.’s new Canadian Wing, which opened in 1944.   The Canadian Wing had 50 beds and had a staff of over 50 people including orderlies, specialist nurses and clerks.

Like McIndoe, Tilley believed in repairing the mind as well as the body. He was a gentle compassionate man whose abiding commitment to his patients went far beyond surgery. He aimed at not only making them seem normal again but to feel that way too. To them he was forever their beloved ‘Wingco’.  Ross possessed not only remarkable surgical skills but also an uncanny ability to explain his approach to the surgery to each patient thereby minimising the patient’s fear and anxiety. The Commonwealth crews were a long way from home and Ross Tilley tried to create a Canadian homelike atmosphere and was fondly remembered by all he met.

In June 1944, he was given the Order of the Empire (O.B.E.) by King George VI in recognition of his success in Britain. Along with the work of McIndoe and the hospital staff, he had become part of “the most formidable and effective response to burn injuries, anywhere in the world”. 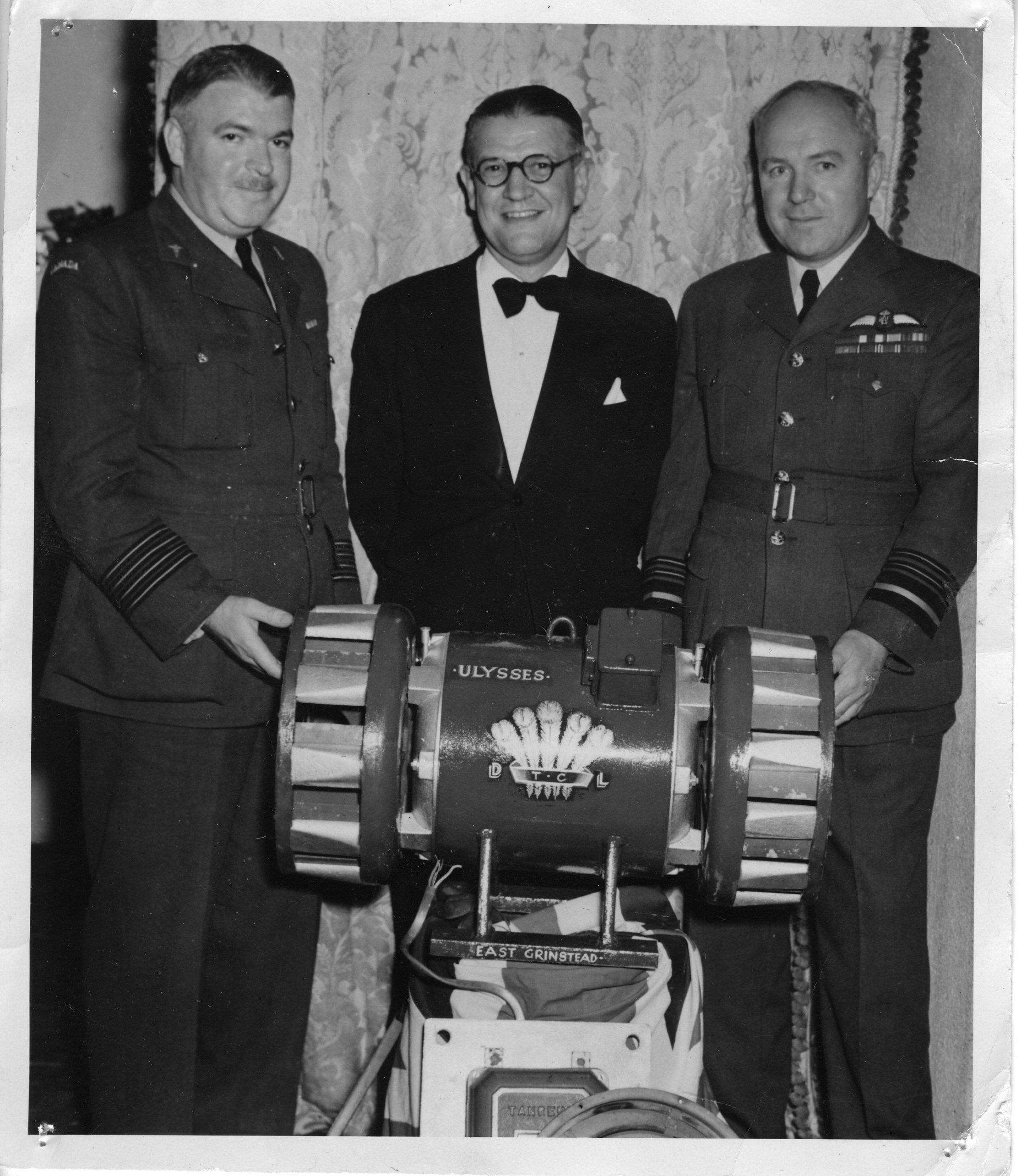 Ross Tilley receiving the air raid siren from the Whitehall as a retirement present with McIndoe. The siren is now in Bourneville in Canada where Tilley lived.

Ross returned to Toronto in 1945 and became a consulting physician at Christie Street Hospital and Toronto Wellesley Hospital and later at Kingston General Hospital. As one of only 10 plastic surgeons practising in Canada after the war ended he created new ground and laid a framework for his specialism and as an assistant professor at Queens University he became the first to offer formal accredited courses in the specialism.

He continued to have contact with McIndoe and formed the Canadian arm of the Guinea Pig Club. This was a club set up by the burnt airmen recovering from surgery at the Queen Victoria Hospital to help the members rehabilitate. Initially the Canadian club had 170 members and maintained close links with the British Guinea Pigs.

He was one of the 12 founding fathers of the Canadian Society of Plastic Surgeons in 1947. He became president in 1953 and was instrumental in establishing the profession in Canada. In 1982 he was awarded the Order of Canada, the first plastic surgeon to receive this award. He retired from practice in 1983 He also campaigned for years to develop burn treatment facilities in Ontario and his vision came to fruition and a burns centre named after him was opened at Wellesley Hospital in 1984.

Albert Ross Tilley died on 19th April 1988. In 1989 The Dr. A. Ross Tilley Foundation was created by several plastic surgeons and Jean Tilley, Ross’s widow to award a scholarship in his honour and to commemorate his achievements. An elementary school in his hometown of Bowmansville was named in his honour and he was inducted into Canada’s Aviation Hall of Fame in 2006. 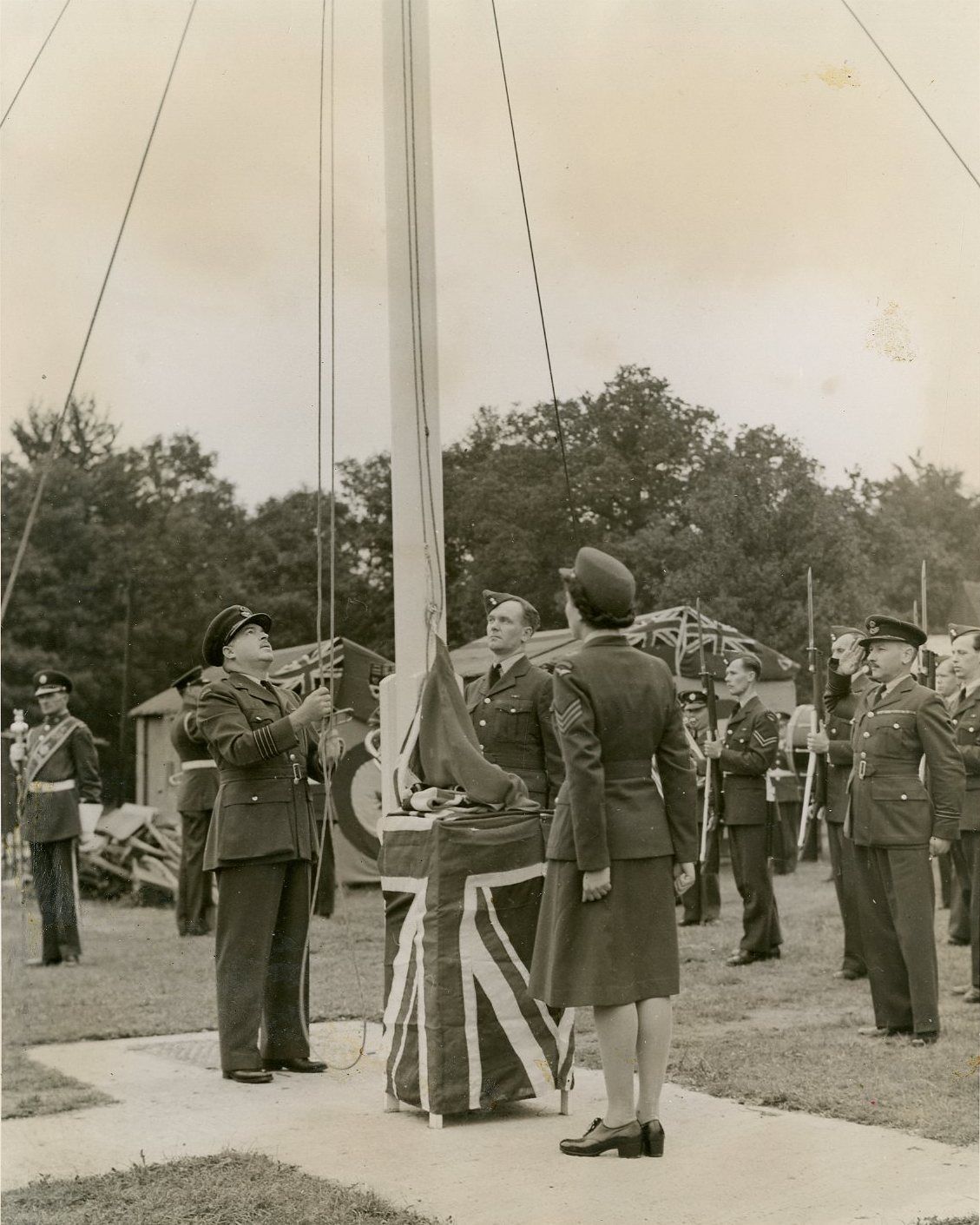 Lowering of RCAF Ensign by Group Captain Ross Tilley – Part of the Ceremony of handing over of the Canadian Wing to the Board of Management of the Queen Victoria Hospital on 5th September 1945.

Sir A McIndoe and Group Captain Ross Tilley speaking at the Guinea Pig Dinner in Toronto in 1948.