A Good Read for the Summer…..

East Grinstead Museum’s exhibition ‘Rebuilding Bodies & Souls’ tells the story of Sir Archibald McIndoe, world-famous plastic surgeon, and his pioneering work on the young airmen who were shot down & badly burned during WW2.  They knew that they were his ‘guinea pigs’, and so the infamous ‘Guinea Pig Club’ was born.  Club membership was proudly held, and with good reason, as its members had all endured long-term and grueling treatment.

The history of McIndoe and his ‘Guinea Pigs’ has moved and inspired many people, among them writers of both fact and fiction, several of whose books are available in the Museum shop.  Hot off the press is ‘Incendo’ by Joseph Randolph Richard.  This is a gripping novel which follows the life of a young spitfire pilot, who is badly burned and, after extensive and compassionate treatment by McIndoe is able to return to flying.  We have signed copies of this book for you to buy !

Another novel just out is ‘The Beauty Shop’, a love story by Suzy Henderson.  Initially dealing with the struggle of a bomber pilot who is shot down, and is treated by McIndoe, the book moves on to look at relationships and of course, love …  Love between the main character and the woman he would like to become his wife … Will it all work out ?  Buy the book and find out !

We also have several books written about Guinea Pig Club members which are purely factual.  One such is ‘A Ruddy Awful Waste’ by Eric Lock DSO, DFC and Bar.  Not an easy read, but then, his was not an easy life. Read it for an honest account of the life of a Battle of Britain Fighter Pilot.

Come and explore our shop book shelves and purchase an interesting read …. 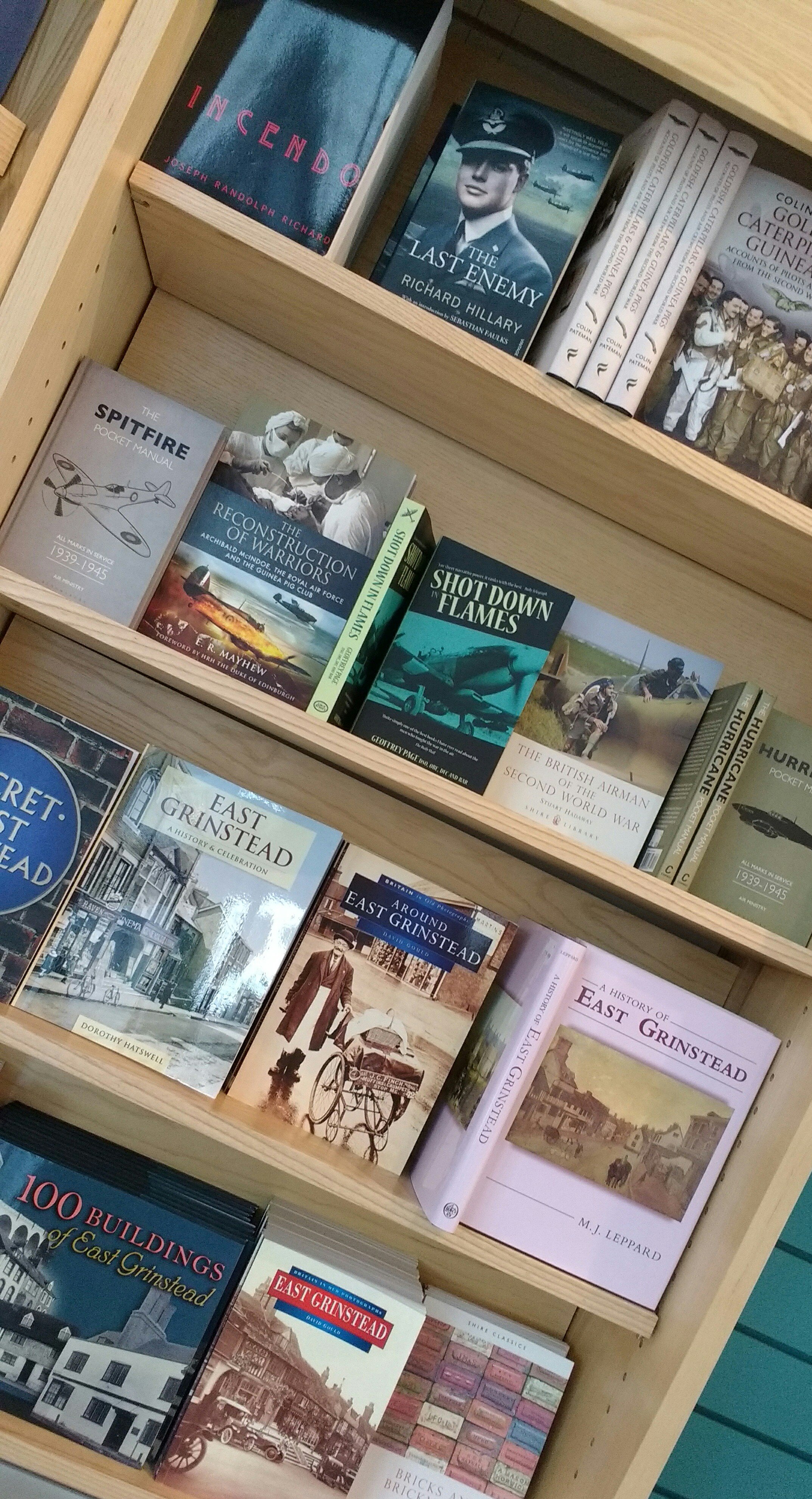 Your ticket for: A Good Read for the Summer…..

A Good Read for the Summer…..