East Grinstead has a long history, from the Medieval period to the present day.

Set out in the early Twelfth Century by a French noble whose family came to England in 1066, the early town focused on the High Street. One feature were portlands which were long gardens allowing homeowners to grow their own food.

Prosperity in the town relied on livestock, the leather trades and timber from Ashdown Forest. These three areas were essential in the lives of the Medieval and Tudor people.

Later, the town’s prosperity was built on a thriving coaching business, exploiting the town’s location halfway between the capital and the coast. Decline set in the Victorian period, when the railway to the South Coast was routed through Three Bridges.

In response, local businessmen and landowners funded a branch line to Three Bridges allowing access to the main trainlines. East Grinstead became prosperous again, thanks to its own initiative.

The country-wide period of depression between the two World Wars was partly mitigated in the town by two major building projects.  These were the new hospital on the Holtye Road and the Radio Centre and its surrounding estate in the town. In both cases, the construction used local labour, thus giving valuable employment to the residents of the town.

After the war saw another period of building to replace the housing stock destroyed in the war. This resulted in the destruction of the Victorian estates, with the Imberhorne and Halsford Park estates being built. The population expanded rapidly and continues to do so today.

Our upcoming exhibition uses local creative talent to reflect the rich and varied history of East Grinstead and the surrounding villages. As part of the… 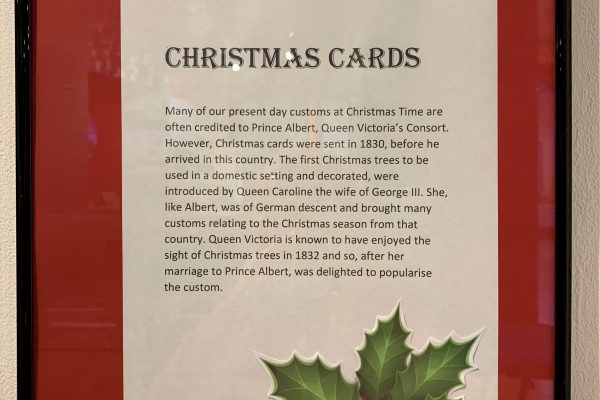 Many of our present day customs at Christmas Time are often credited to Prince Albert,… 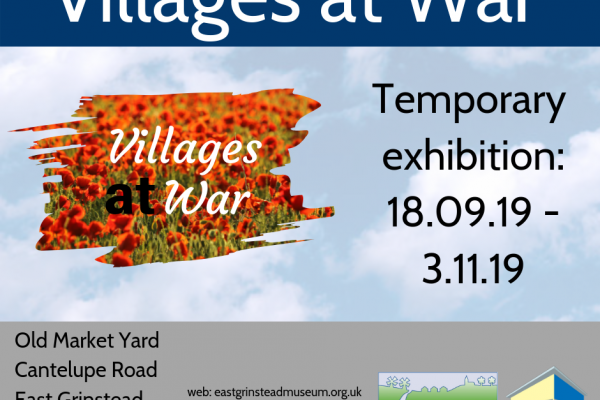 To commemorate the ending of hostilities in WWI on November 11th 1918, the Mid Sussex District…

Register for Exhibition: History of Our Town

Your ticket for the: History of Our Town