As we remember the life and work of Dame Vera Lynn, Guinea Pig Club Secretary Robert Marchant recalls her work with the Guinea Pigs:

"From her first visit to the Queen Victoria Hospital in 1941, when visiting the burnt airman under the care of Archibald McIndoe and his team, Dame Vera took a great interest in both the hospital & the Guinea Pig Club affairs.

In 1991 as part of the cabaret for the Club's 50th anniversary she entertained members and their guests by singing many of her well known Second World War songs, during their Friday night buffet supper celebrations, for which she received a standing ovation at the end. Dame Vera visited again in 2006, to help celebrate the club's 65th anniversary, where she was the guest of honour at a special tea party held in the Assembly Hall at the hospital. She was joined by many of the surviving members, together with their guests, and  senior representatives from the hospital.

Like many other veterans, the Guinea Pigs held Dame Vera in high esteem on her achievements and for her support over the years."

The photograph comes from a local newspaper article on the 2006 celebrations. 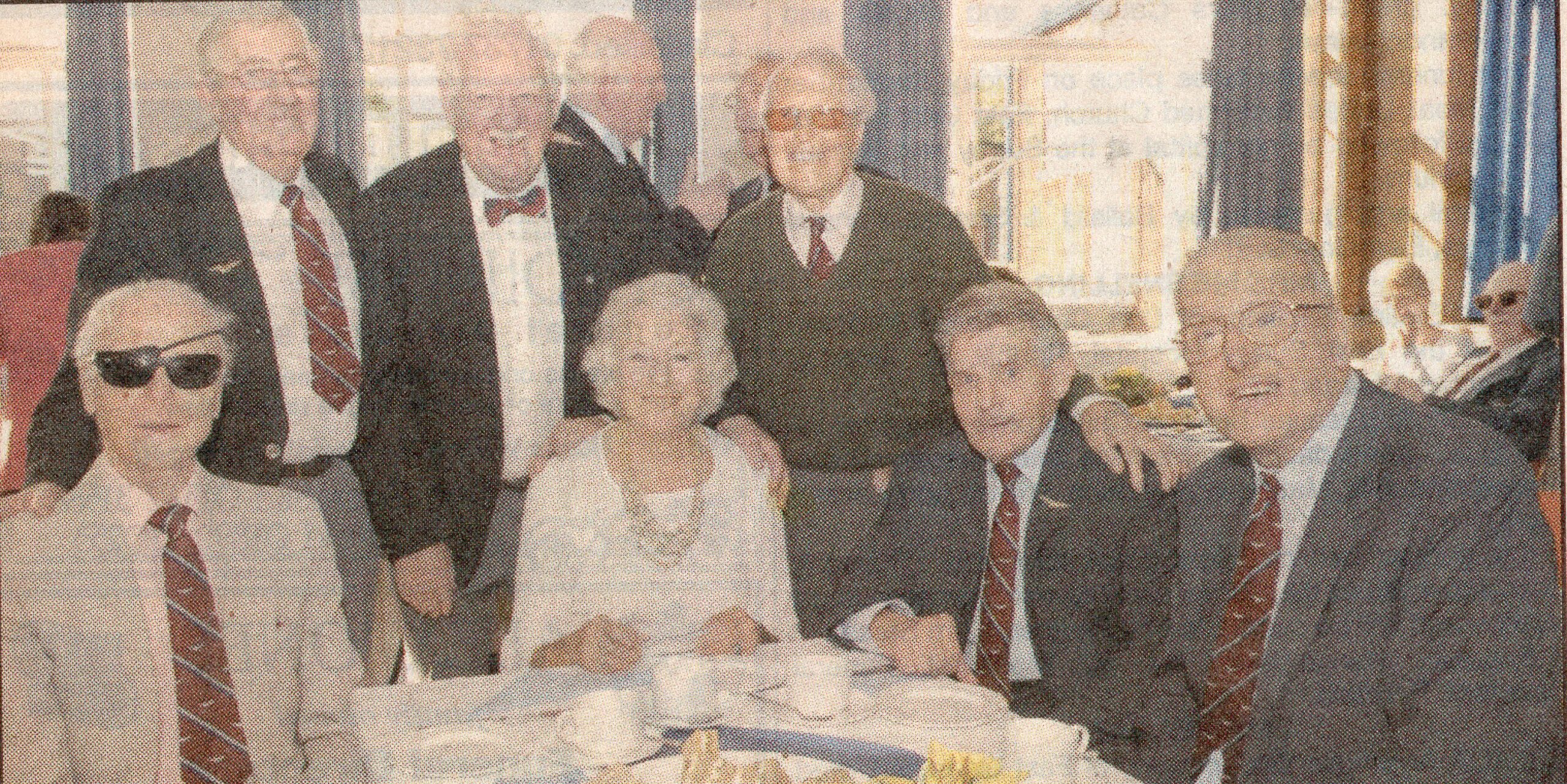 Your ticket for the: Dame Vera Lynn and the Guinea Pig Club