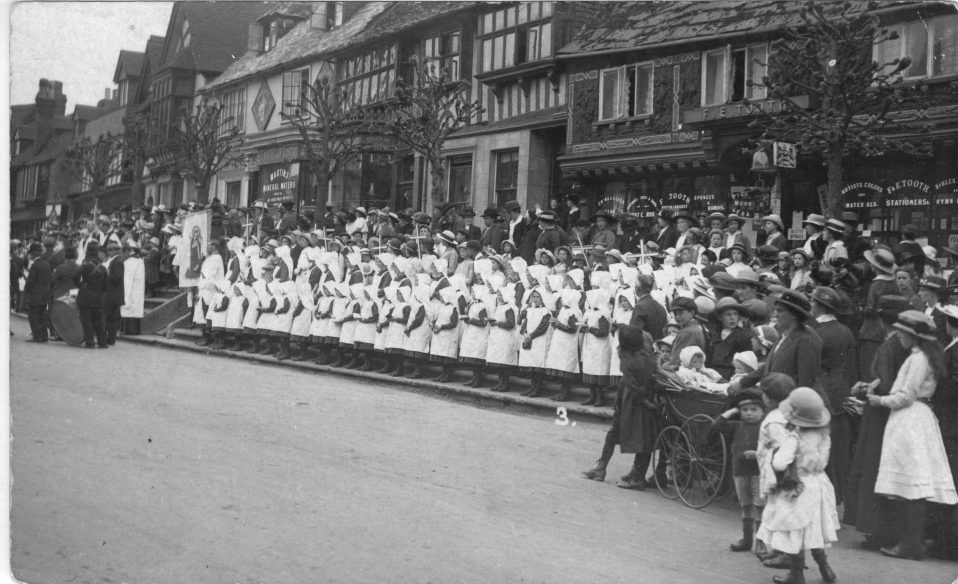 This upcoming talk belatedly celebrates the 150th anniversary of the Old Convent on Moat Road. The first phase of this Victorian complex opened on 20th July 1870. It was to become the largest Anglican religious house in the country. It was one of the first built after the Reformation.

Home to the Sisters of St Margaret until 1972, the Old Convent is now a Grade I listed building converted into a community of unique private homes. It was designed by the architect George Edmund Street who was commissioned by John Mason Neale, then Warden of Sackville College, who founded the Society of St Margaret in 1854. Neale’s aim was to provide nurses for the poorest people in society. His nuns were so successful that they were in demand throughout Britain and even set up daughter houses in America, South Africa and Sri Lanka.

Many East Grinstead residents will remember the nuns and the school of St Agnes’ and St Michael that they ran on the convent site.

Dr Kathryn Ferry is an architectural historian from East Grinstead. She has been working with the current residents of the Old Convent and the Warden and Hon. Historian for Sackville College on a new book about the Sisterhood. She also researches the exciting history of Britain’s seaside architecture.

The header photograph shows a procession of Nuns and children of the St Margaret’s Convent. It may be for the Patronal Festival in July 1972.

Tickets are £5, plus the Eventbrite handling fee.

Your ticket for: Online Talk – The Famous Nursing Nuns of East Grinstead